Phoenix had successfully conducted a global brand tracking for our client, a major QSR chain for a number of years.

When the company decided to set out to specifically increase foot traffic within their restaurant locations, they wanted their brand health score to reflect (and help manage) this business goal in order to achieve aggressive growth goals over the longer haul.

Our client was looking to drive more dine-in restaurant visits to boost sales and customer engagement and needed to update the current tracking, analysis and reporting through this lens.

The BrandPi model used was validated retrospectively, with no reversals achieved. The measurement framework was then implemented for on-going monitoring, accounting for shorter-term and longer term influencers based on lag analysis. This would also provide a level of predictiveness to when guest counts may be increasing or decreasing, allowing our client to stay ahead of the game.

After our BrandPi model revealed the root cause of the declining guest count, our client was able to re-initiate training and other tactics to improve the service issues associated with the new menu items.

After implementing a menu change in Year 7, Phoenix reported a decline in our client’s BrandPi score, which ultimately corresponded to a decline in guest counts. While our client had initially assumed this was due to the significant menu changes, BrandPi diagnostics revealed the issue was Operation-related, not Product-related.

Service times and order accuracy were the factors driving the reduced BrandPi score, which quickly recovered after our client resolved their service issues. 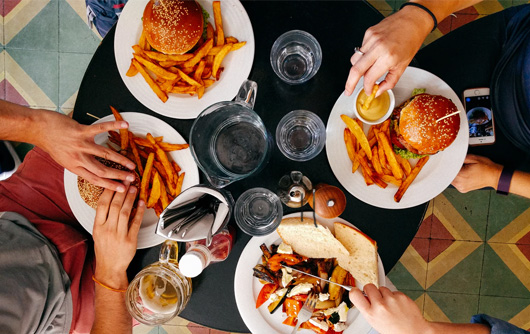 Our retention rates and lengths of engagement reflect our unwavering focus on surprising and delighting each and every customer, each and every time.
CONTACT US
Top